I was google-ing away for a more SEO friendly title, but I’m sticking to this one instead. I’m tired and I just want to share with you guys two shampoos I’ve personally tried to get rid of dandruff: Selsun Blue and Ellana Rescue Anti-dandruff Shampoo Bar

For 33 years I never experienced having dandruff. I even tease my boyfriend for having it. He loves to wear black and his dandruff flakes are so obvious on his shirt every time lol. Until, I had it. I thought it was just regular itch, but no, as I scratched and scratched my scalp, I saw flakes, similar to snow, on my blouse. Talk about karma hahahaha XD

According to dermatologist Maggie Kober, “Stress can have far-reaching effects on the body, and many skin conditions, including dandruff, often flare during stressful times,”

I mean, who wouldn’t be? We’ve been lockdowned for almost two years with no end in sight. Who’s not stressed?!

Well, I can’t stand the itching any longer. So I did research and surveys to my friends and colleagues online on which shampoos worked for them. Top answer was Selsun Blue. They also told me that Head and Shoulders was the worst anti-dandruff shampoo ever. I received the Ellana Rescue Anti-Dandruff Shampoo bar as a gift so I might as well try it too right?

Selsun Blue is pretty cheap and can be bought at Watson’s, Mercury Drug, or Shopee. I got mine at Shopee for 345PHP for a 120ml bottle. Its active ingredient is Selenium sulfide 1%.

Selenium sulfide, an anti-infective agent, relieves itching and flaking of the scalp and removes the dry, scaly particles that are commonly referred to as dandruff or seborrhea. It is also used to treat tinea versicolor, a fungal infection of the skin.

The bottle indicates it should be used 2x a week, and left on hair for 2-3 minutes for the medication to sink in.

After my first use, my scalp was still itchy, although less frequently than before. By the second use, I’m basically itch-free halleluja! Buttttttttttttt… it also dried the !@#!#!@! on my hair. You can use conditioner but… I’m just lazy

Since Selsun Blue’s still chemically, I opted to use Ellana’s Rescue Bar 349PHP for maintenance What’s nice about Ellana’s is that it’s all natural, plus it’s in a solid shampoo bar form which means you get to help save the planet from waste too!

This bar is equivalent to replacing 4.5 bottles of 100ML liquid shampoo!

– Tea Tree Oil fights microbes and cleans out micro-wounds in your scalp, preventing itching and scratching. It calms irritation and inflammation that leads to dandruff.

– Centella Asiatica is a “miracle ingredient” effective in improving small wounds as well as burns and psoriasis.

Ellana’s Rescue bar keeps itching and flakes at bay, while keeping my hair still soft and tangle-free. It smells nice too. It’s got nice woody-floral notes to it. I wish it lathered more but, that’s just me. The only con is.. since it’s a solid shampoo, you need to keep it in a dry place to prevent it from melting.

On super LAZY days, I even use this as body wash too HAHAHAHAHAHA

Rekindle-ing my love for reading books

Featured Writer: Abegaill J. Villacruz-Los Baños Do you want your own space…

Dandruff can cause scaly patches on the scalp, as well as inflammation…

Hi guys! I recently discovered something new. I’ve had my hair styled,… 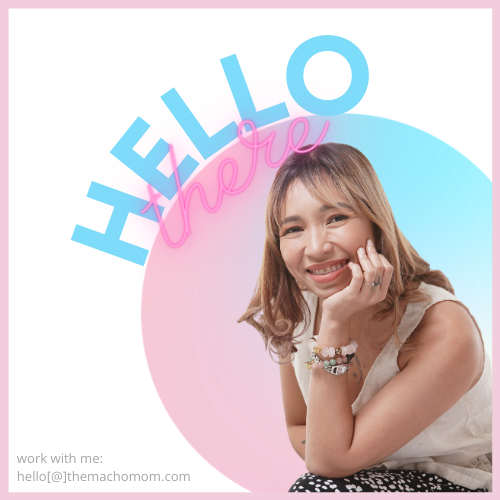