When I get depressed (I’m bipolar-2) and it lingers longer than a week, months even; I resort to binge-watching to distract myself from the depths of darkness. What to avoid? Rom-coms, Drama, War movies. They definitely trigger. Suspense and horror are also recommended but I don’t prefer. So today I’ll be sharing with you my favorite 8 Feel Good Netflix Series Worth Binging!

Whenever a friend, or a reader suffering from depression sends me a message on-line and asks for advice. I always tell them to

and the easiest and simplest way to get over is to binge-watch a series (for me). Especially for dead times like 3:00am in the morning and you suddenly feel that life has no meaning. 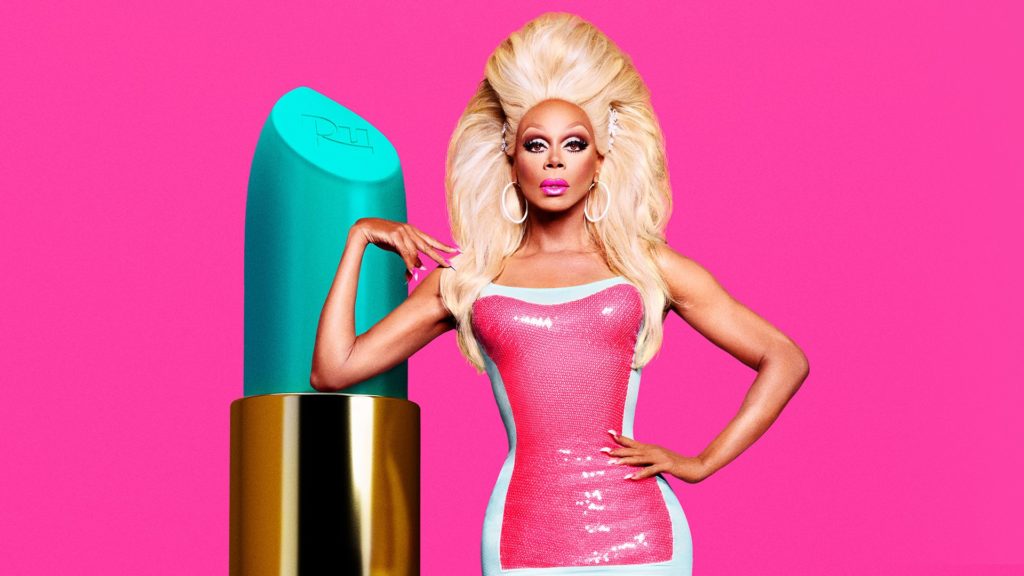 Synopsis: RuPaul’s Drag Race is an American reality competition television series produced by World of Wonder for Logo TV, WOW Presents Plus, and, beginning with the ninth season VH1. The show documents RuPaul in the search for “America’s next drag superstar.”[1] RuPaul plays the role of host, mentor, and head judge for this series, as contestants are given different challenges each week. RuPaul’s Drag Race employs a panel of judges, including RuPaul, Michelle Visage, Santino Rice, and a host of other guest judges, who critique contestants’ progress throughout the competition. The title of the show is a play on drag queen and drag racing, and the title sequence and song “Drag Race” both have a drag-racing theme.

Why I like it: This series saved me from severe depression back in 2017. My friend Gervin recommended it to me starting from Season 4 onwards. I got hooked and watched it from the beginning. It’s a feel-good, campy, and showcases the talents of the best drag queens. You’ll hear unfamiliar slangs but don’t worry. You’ll get the hang of it!

Synopsis: The series follows 29-year-old Kimmy Schmidt (Kemper) as she adjusts to life after her rescue from a doomsday cult in the fictional town of Durnsville, Indiana, where she and three other women were held by Reverend Richard Wayne Gary Wayne (Jon Hamm) for 15 years. Determined to be seen as something other than a victim and armed only with a positive attitude, Kimmy decides to restart her life by moving to New York City, where she quickly befriends her street-wise landlady Lillian Kaushtupper (Carol Kane), finds a roommate in struggling actor Titus Andromedon (Tituss Burgess), and gains a job as a nanny for the melancholic and out-of-touch socialite Jacqueline Voorhees (Jane Krakowski).

Why I like it: TITUS ANDROMEDON. It empowers women without the stereotypes! The characters are cartoonish and loveable. If you ever heard of the meme “Bye Felicia!” watch this series to find out which episode it came from.

Synopsis: Set in the fictional 99th Precinct of the New York City Police Department in Brooklyn, Brooklyn Nine-Nine follows a team of detectives headed by the overly serious, newly-appointed Captain Raymond Holt (Andre Braugher). The detectives include Jake Peralta (Andy Samberg), who has a high rate of making successful arrests and solving cases, despite his relaxed, carefree and childish attitude. He eventually falls for his stern by-the-book nerdy but loveable partner, Amy Santiago (Melissa Fumero). The hard-working but timid Charles Boyle (Joe Lo Truglio) is partnered with his crush, the stoic, aggressive and stern, Rosa Diaz (Stephanie Beatriz). The pair of older Detectives, Michael Hitchcock (Dirk Blocker) and Norm Scully (Joel McKinnon Miller) often seem incompetent, stupid and lazy, but have solved more cases over the years simply because they have been on the job much longer. The detectives report to Sergeant Terry Jeffords (Terry Crews), a gentle giant and devoted family man who initially has a phobia of going back to active field police work for fear of being killed in the line of duty and leaving his children fatherless. The precinct also includes sarcastic and dominating civilian administrator Gina Linetti (Chelsea Peretti), who dislikes her job, prioritizes her social media, and believes that dancing is her life goal.

Why I like it: Good vibes. Good virtues. Diverse cast. A series without any stereotypes albeit presents the irony of it. Some episodes have lessons, some are just plain silly. Just the first few seconds of the show is guaranteed to tickle your funny bones. I can’t pick a favorite character. I love them all and I miss Gina!

Synopsis: The series focuses on Eleanor Shellstrop (Kristen Bell), who wakes up in the afterlife and is introduced by Michael (Ted Danson) to “the Good Place”, a highly selective Heaven-like utopia he designed, as a reward for her righteous life. However, she realizes that she was sent there by mistake and must hide her morally imperfect behavior while trying to become a better and more ethical person. William Jackson Harper, Jameela Jamil, and Manny Jacinto co-star as other residents of “the Good Place”, together with D’Arcy Carden as Janet, an artificial being who knows all the information in the universe and can produce any item out of thin air, abilities which she uses to help the inhabitants.

Why I like it: Starts slow, and then every episode has a surprising twist! The cast has an amazing chemistry. Kristen Bell is just ADORABLE to watch!  Until the last season which starts to get confusing but still enjoyable to watch.

Synopsis: Chewing Gum is a British television sitcom set in London. It was written by and stars Michaela Coel, alongside the cast of Robert Lonsdale, Susan Wokoma, Danielle Walters and Tanya Franks. The show features 24-year-old shop assistant Tracey Gordon, a restricted, religious virgin, who wants to have sex and learn more about the world. The show won the BAFTA for Best Female Performance in a Comedy Programme and Breakthrough Talent for Michaela Coel for her work on the show.[4][5]

Why I like it: It discusses sexuality without the tension. Funny. Dark. Sarcastic. A feel good Netflix series.

Synopsis: Joel and Sheila Hammond are everyday suburban real estate agents in Santa Clarita, California.[10] The couple face a series of obstacles when Sheila undergoes a metamorphosis, becomes undead and starts craving human flesh. As Joel and the family try to help Sheila through her metamorphosis, they have to deal with neighbors, cultural norms, and get to the bottom of a potentially mythological mystery.[11]

Why I like it: Zombies and Romance. The chemistry of Joel and Shiela and is to die for (pun intended). It only has 3 seasons and I’m totally bummed they’re not renewed for a 4th… I won’t spoil you why. 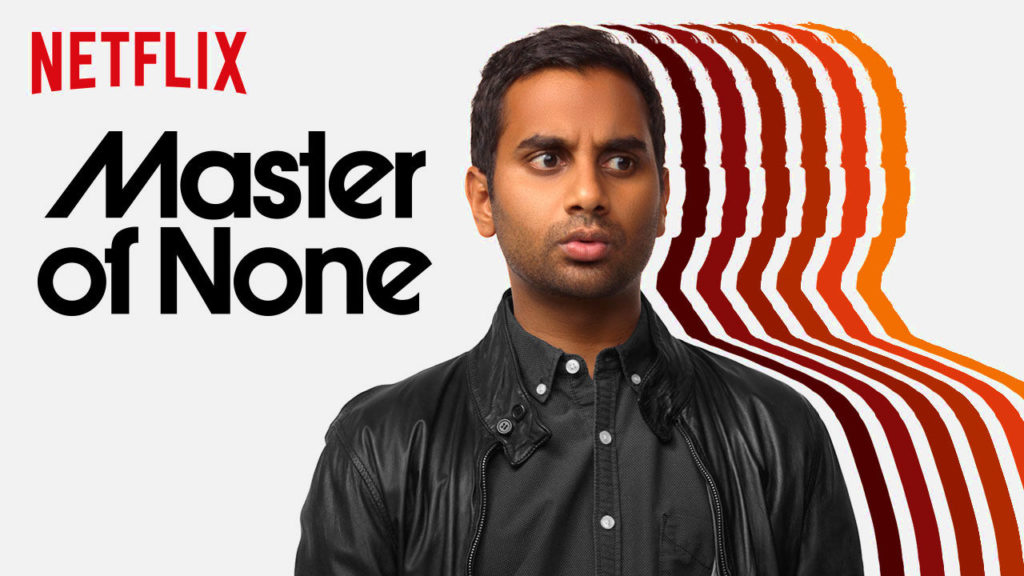 Synopsis: The series reveals glimpses of Dev’s younger years, and explores current aspects of his life, including modern etiquette (regarding texting and social media), and being young and single in the city. Other important people in Dev’s life are featured, including Dev’s parents, played by Ansari’s real-life mother and father, Fatima and Shoukath.

Why I like it: It’s been a long time since I’ve seen this series and I actually forgot why I like it. I just do. Even wikipedia doesn’t have a synposis for it! It’s got a lot of scenarios and skits that just got me hooked. Might re watch soon.

Synopsis: Pose (stylized as POSE) is an American drama television series about New York City’s African-American and Latino LGBTQ and gender-nonconforming ballroom culture scene in the 1980s and, in the second season, early 1990s.

Why I like it: #HIVAWARENESS #GENDEREQUALITY #TRANS In this series there are no “good characters” or “villains” everyone has their own strength and weaknesses. You’ll either love them in one second or hate them in another episode. REAL. TOUCHING. But in the end you’ll be rooting for everyone.

That’s it! So far these have been my go-to when I need something to binge on when I want my soul to rest. If you have any recommendation of feel good Netflix series, do let me know O_O 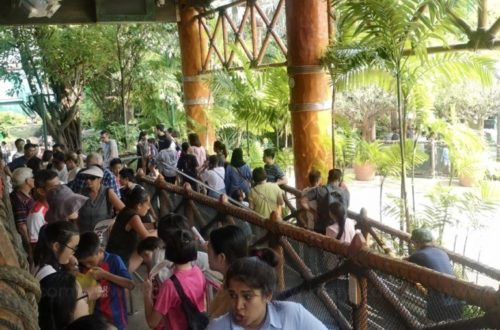